In this lesson, we will learn the various sounds that can be made in Esperanto, and how they go together to create words. Let's sound ridiculous for a bit together!

Letters from English that Esperanto does not use:

Esperanto also has these additional letters:

The full alphabet with each sound is given below. Don’t worry about memorizing this; it’s only important that you realize that the pronunciation of each letter is constant, no matter what follows or precedes it.

Esperanto also has a few diphthongs, which are vowels that when put together create a single, new sound. They are given below.

Vowels and diphthongs control the separation of a word into syllables. And it is vital that the accent be placed on the second last vowel sound of the word, where diphthongs count as a single vowel sound, even when that vowel sound is the first letter. Here are some examples:

You will quickly understand the pronunciation of Esperanto as you progress, so dont be discouraged if you don't understand this difference right now.

Thats all there is to it! You now know how to sound out Esperanto words. In future lessons, we will provide audio for the examples that we give, because its important to practice listening and speaking so that eventually you can converse with others. 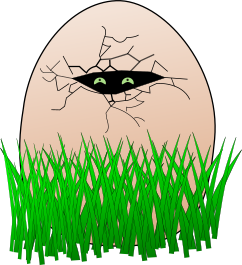